The advertising market is part of the economic system is functioning in unity with other markets and developing within the framework of the general laws of the market economy, ensuring social demand for advertising services. In 1980 – 1990, it was the active development of the advertising industry almost worldwide. Particularly active this process took place in all over the world.

There is a close economic relationship between them, which is the basis of the advertising process and the functioning of the market as a whole. The state of the advertising market in the framework of a given economy is directly dependent on the general economic situation in the country, so the promotional activity in the market is sometimes seen as a kind of indicator of economic development.

The Basic Tendencies Of Development Of The Advertising Market

1) Globalization: Modern advertising market is an integral part of the global economy, and therefore on it with one hand, the same processes as in the global economy as a whole, on the other hand has its specific phenomena. The overall trend for the world economy – globalization, i.e. the integration of social and economic process, in which the world is transformed into a single market. The process of globalization is due to several factors, such as the activities of multinational companies active on a global scale; increase in the concentration process and monopolization; the accelerated development of global media and global information exchange; interpenetration of different cultures and the introduction of uniform cultural standards, and others.

2) Integration: The activities of transnational and multinational companies in the global market has led to the integration processes, combining its economic actors, deepening their cooperation, the development of relations between them. Economic integration has proved, especially in expanding product market and technological relations, sharing of resources, combining the capital, creating favorable conditions for economic activity, removal of barriers to mutual. These processes have led to the fact that multinational companies and promote their brands have become leaders in the global consumer market with a turnover equivalent to the budgets of many states. Who is the leading global advertisers lead the markets of most countries in the world, and their advertising costs account for a significant part of the national advertising market.

3) Concentration: The high level of competition on the market led to processes of concentration of its subjects through mergers and acquisitions: the advertisers in the face of industrial and commercial enterprises, and distributors of advertisements in the face of the media. As a result of mergers and acquisitions is an increase in economic efficiency, since they are accompanied by a reduction of parallel structures (administrative, research and organizational). Benefits of the merger for the subjects of the advertising market are manifested in the following …

In order to share the risks, improve efficiency and optimize control systems, new forms of organization are formed, inter-institutional coordination and cooperation both vertically and horizontally, which are called “networks”. One of the most important characteristics of the network is considered to be a mutual agreement of the parties to adhere to common priorities and interests within the framework of the overall development strategy. Network helped reduce multiple parallel administrative, research, and organizational structures, as well as reduce the negative features of the administrative hierarchy of the system, on the one hand, and the fierce market competition – on the other.

These groups were formed by the process of mergers and acquisitions around the world many agencies and companies specializing in the field of strategic communications, public relations, market research, promotion, creativity and related activities. Now almost all of the largest advertising agencies are networked and include global advertising holding companies, while continuing to operate under their own names. With its customers network advertising agencies linked to exclusive contracts of advertising campaigns around the world or in particular regions. The close, long-term cooperation with the customer, established traditions adaptation of advertising campaigns to local conditions and monitoring their effectiveness make the communication network advertising agencies and companies with which they cooperate, strong enough.

5) Diversification: The concept of “diversification” expresses one of the trends of the modern advertising market, is associated with increased activity of market participants, primarily advertising agencies, and the output of their activities beyond the core business. The process of diversification due to increased competition in the market and the increasing complexity of advertising.

Diversification allows the subjects of the advertising market at the same time act in several market segments and insures in case of an unforeseen situation worsening on one of them, helping to respond flexibly to changes in the situation. Diversification in the advertising business has been widely developed in recent decades; it has contributed to increase business agility and integrated to meet the diverse demand for advertising services. Diversification businesses advertising services combined with specialization and combining of different types of promotional activities, allowing them to benefit in maintaining its leading position in the market.

The Development Of The Global Advertising Market

Development Of The National Advertising Market

In the second half of the 2000s resulted in the basic processes of formation of the advertising market : formed legislative framework, the basis of which was the Federal Law “On Advertising”, complete the process of consolidation of major advertising agencies, the level provided in the advertising market has grown considerably, there has been some harmonization of relations operators of the advertising market with customers and the media. There was also a system of self-regulation, including non-profit organizations, capable of regulating lying outside the sphere of legislative regulation of the relations between market participants. Currently, at the initiative of these organizations is developing the general principles of cooperation in industry standards.

In recent years, the ratio of the volume on the main sectors of the advertising market looks the same as in developed countries; with the only difference that the advertising market while lagging far behind in terms of the world level. On this basis, it is possible to identify the still developing, not developed. If we consider such a measure the degree of development of advertising in the country, as the ratio of advertising expenditure to Gross Domestic Product (GDP), it remains more than modest in the economy. Backlog also exists in the level and effectiveness of advertising services offered by agencies. However, the main feature of the national advertising market is a dynamic development due to the relatively favorable economic situation, the flexibility of the industry structure, quick response to market developments, the high rate of turnover of capital and the ever-increasing demand for advertising services.

National advertising market remains today on the opaque, so the official data on its volume does not exist. A number of organizations on a periodic basis to release their expert opinions on the development of the situation on the advertising market, based on their data. Data from multiple organizations are published in the form of periodic reports and include an overview of the current state of the national advertising market, estimate the amount of the overall market and individual segments, as well as development forecasts. 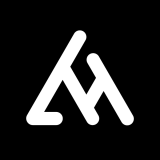