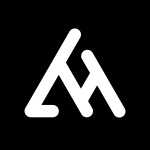 Like it or not: for a simple “communication” presence through a Fan Page, to manage a community with Facebook Groups or to try to grab some extra leads or sales by sponsoring posts or Facebook Ads.

On the effective management of a Fan page on Facebook, however, you read everything online and the opposite of everything: anyone has his own opinion and that’s Okay, but you often meet 3 great myths that I think you need to refute before possible.

An increase in the published announcements or the adv budget does not necessarily lead to a proportional increase in the results, in fact usually there is a worsening of key values such as the cost per conversion (of contacts, sales, etc). Also testing various types of advertisements – virtuous action in terms of performance study, during testing – can only lower the average yield of the most performing ads.

Resources must be conscientiously invested; certainly it is good to think in terms of …

By staying inside Facebook Ads, a little advice below can be the following. First observe how the post is going in terms of natural reach; if you get some results, then it can mean that you like your target and then you can decide to ride the wave, sponsoring it.

On the contrary, given the poor visibility of natural posts, we tend to sponsor any post or almost all (I mean: who has budget to invest). Instead the most sensible procedure could be just the opposite, as mentioned above, that is to sponsor only the posts that actually find a user’s interest, in addition to the central posts from the commercial point of view. To see if a post gets natural results, you may have to wait even a day or two.

In any case, keep an eye on your Facebook Insights during the campaigns: when the scope of the sponsored post begins to fall, it may be appropriate to stop the sponsorship, to avoid filling up (spending!) of off-target users.

The more fans I have, the more visibility I get … sure?

The greater the number of fans in absolute terms, the lesser the percentage of fans that interact will be.

In addition to this, user news feeds tend to show more and more content published by family and friends (due to updates to the Facebook algorithm that took place between 2017 and 2018), so the fan pages will be getting harder and harder.

This leads us to consider an aspect, often underestimated: the advertising campaigns for the increase of fans are substantially useless and sometimes even potentially harmful.

I do not go into the details of the Facebook algorithm; a super depth was done a few months ago by Hubspot.

How to start a pressure washing business

What makes you a bad salesman

12 promotional strategies to increase your sales

How to analyze an advertisement?

Tips starting a business with no experience from home

How to choose between two jobs