The Story of the Animal Menagerie at the Tower of London 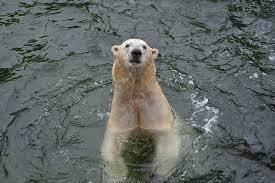 Animals play a huge part in our lives and this is clear to see when we look at art like this wildlife sculpture by www.gillparker.com/ – throughout history, animals have inspired and intrigued us, and representing animals in art is something which goes all the way back to cave paintings that were done thousands of years ago.

Some of the most famous animal sculptures can be found withing the walls of the Tower of London – although it is best known for its gruesome tales of beheaded Queens and tortured criminals, the tower also acted as a place for the Royals of England to keep exotic animals – a symbol of high status and power. This was known as the Royal Menagerie.

The menagerie at the tower dates back to the early 13th Century. King John wanted to keep exotic animals from far off lands, as it did not only represent his wealth and power but also as a form of entertainment for the Royal court. It all started with a gift – the visiting King, the Roman Emperor Frederick II at the time presented the King with three leopards. The king was delighted and wanted to build up a collection of more exotic creatures at the tower, and in 1252 he added a polar bear and in 1255 an elephant to the collection!

Sadly, animal care was not something that the King or the keepers had much knowledge of and many of the animals did not live for long when kept at the tower. Conditions for many of them were very cramped, and the elephant died after only being there for a couple of years. Nowadays you can see the sculptures around the tower, including that of the ill-fated elephant that King John had there.

KEEP READING  Should I Do Land Remediation to Reuse an Industrial Site? 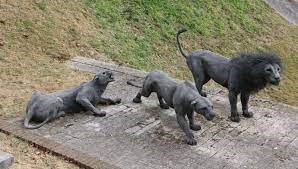 Because not a lot was known about the needs of these exotic creatures, such as feeding this led to some very odd decisions being made. Because caring for them was expensive, a very brave polar bear handler was required to take the large white bear down to the bank of the River Thames where it would then fish for its own food in the river! A strange sight that must have been in 13th Century London!

However, it was not until the rule of Queen Elizabeth I when the tower zoo was opened up for the public and the admission was remarkably cruel – visitors had to bring with them a dog or a cat to be fed to the lions! Although it also was not the safest place to visit and resulted in many injuries and deaths to the public as they were mauled by the animals, injuries have been recorded from lions and a large boa constrictor during the time the menagerie was open to the public at the Tower.

However, in Victorian times, with the menagerie inflicting injuries on the unwitting public and the appeal starting to wane, the animals moved to Regents Park and the site became the first ever zoo – London Zoo!

Beginner’s guide to SEO: how to get started