Gloucestershires History and its impact on today 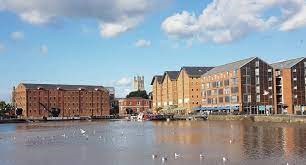 Gloucestershire is a rural county, so of course it has many beautiful places where you can enjoy relaxing country views and scenic forest walks. It is a popular place to live for those looking for a more relaxed pace of life, and Gloucester estate agents tg residential are always busy with people looking for a new rural home.

It also has a lot of history, and there are some truly fascinating stories around the county of Gloucestershire – here are a few of them, that you can explore further for yourself…

The Romans – When the Romans came to Britain, they put Gloucester on the map. Known as Glevum in those days, the city was first established when a fort was built around 48AD. Gloucester still has a lot of the Roman heritage that you can see and experience for yourself – explore the via sacra – the wall that was built around the city in Roman times to protect it. Parts of it still remain to this day and the trail of where it once stood is clearly marked so you can walk around it. Gloucester was a city that was granted the highest status possible by the Emperor Nerva. 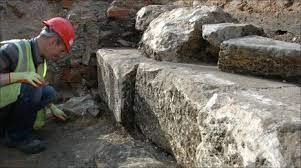 The Normans – After 1066, the Normans continued to see the city as an important place, and the court of King William I was held in the city, and it was the place that the king commissioned the Domesday book to be written. The Forest of Dean, to the west of the city was also then a Royal Forest, and the King granted the use of the timber from the oak trees to be used to build some of the famous Gloucester landmarks that still stand today – the priories of Blackfriars and Greyfriars, and one of the oldest remaining Inns, the New Inn which was built to accommodate travellers to the area.

The Elizabethans – When Elizabeth I was on the throne, the county took on an even more important role – the Docks, which you can visit today and enjoy shopping, markets and boat trips, were then granted Royal Port Status. They were an important link to the rest of the world for trade and being the most inland port in Britain still to this day. Nowadays you can head to the docks and visit the national waterways museum to learn more about this fascinating part of the county and how it came to be. 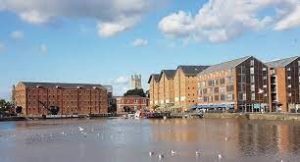 The Victorians – As the industrial revolution came to Gloucester, the Docks grew and the huge warehouses that stand around the water were built to keep up with demand. As well as this, the surrounding area was rich in coal iron ore and timber which was needed to power the country, so was sent out via the Gloucester and Sharpness canal. It was also during this time that Gloucester resident Robert Raikes established the Sunday school movement – there is a statue in his honour in Gloucester Park.

How To Advertise Your General Contracting Business in News Magazines

Why Every Business Owner Should Embrace Multi-Channel Marketing

What Businesses can do Online to Grow

Is a Masters in Marketing Worth It? Accelerating Your Career Growth

Does Marketing Pay Well? How Much Can You Expect to Earn?